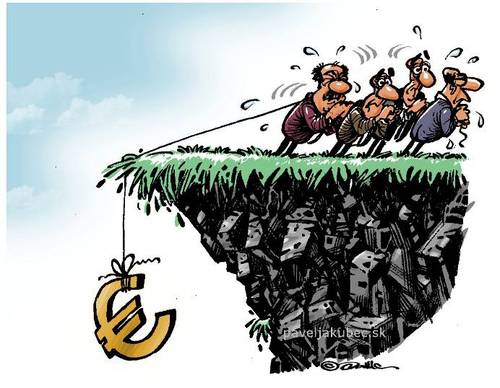 From Walter Laqueur, the National Interest:  With all its importance, the economic crisis is only part of our sad story—and probably not even the decisive one. For the present debacle is also one of an apparent lack of a common European identity and values, of national interests prevailing over a shared European interest. It is a crisis of lack of solidarity, leadership and—perhaps above all—political will. It is a crisis of internal tensions, of failed integration at home (as shown, for instance, by recent events in Britain). For many years European elites lived in a state of denial; they wanted more democracy but were unprepared for the erosion of authority that led to anarchy.

To a considerable degree, the political elite, the media and public opinion became oblivious of the darker aspect of domestic politics. They largely ignored the growing disparity in income and the effects of youth unemployment. Those preoccupied with foreign affairs had grown up (as British diplomat Robert Cooper put it) in a belief in peaceful interdependence and modern cooperation, whereas the policy of the rest of the world was rooted at best in ideas of traditional spheres of influence and balance of power. And meanwhile public opinion gradually moved away from erstwhile belief in Europe.

Such false optimism and the subsequent collapse of illusions was bound to lead to dejection. Did Europe still have a future, would it still exist a decade or two from now? Or would it revert to what it had been before—a mere geographical concept? One is reminded of Prince Metternich’s famous letter to the Austrian ambassador in Paris (and later also to Palmerston) in which he said that while “Italy” was a useful geographical term it had no meaning or reality as a political concept. True, at about the same time Carlo Alberto Amadeo, king of Sardinia, in an equally famous aside said Italia fara da se (Italy will take care of itself). One hundred and fifty years later (and considering the present state of Italy) it is still not certain whether Metternich was right or the Sardinian king. The present state and future prospects of Europe are not dissimilar to those of nineteenth-century Italy.  (graphic: pakalertpress.com)