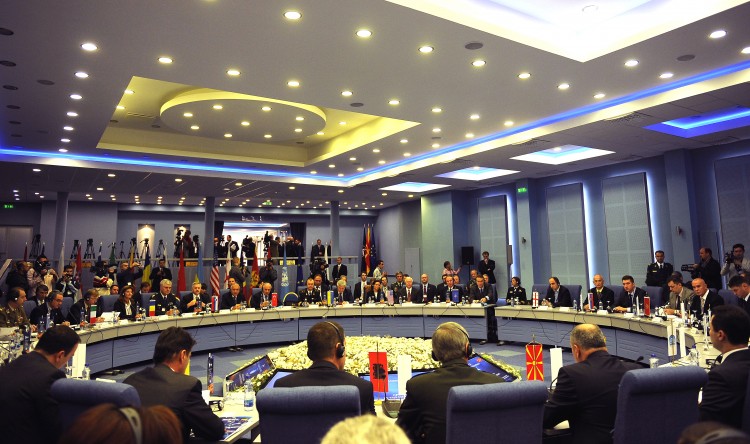 From Jeff Lightfoot, Fletcher Forum of World Affairs:  The crisis of the Eurozone is likely to have profound strategic implications that will impact Europe’s role in the world and the dynamism of the transatlantic alliance. . . .

The most obvious concern of policymakers in Washington regarding Europe’s future is that the crisis will erode the willingness and ability of America’s NATO allies to use military force in global contingencies alongside the U.S. Shrinking defense budgets in Europe are a major concern of U.S. policymakers and legislators, best captured by former U.S. Secretary of Defense Robert Gates’ blistering farewell speech to the NATO allies in June 2011. According to a 2012 study by the RAND Corporation, the most significant European NATO allies are all making major cuts to defense, with the exception of Poland. The UK provides the most striking example of this trend as London slashes eight percent from its defense budget by 2015. Other European nations are following suit, as seen in 2013 defense spending reductions by ten percent in Italy, thirteen percent in the Netherlands, and $10 billion in cuts in Germany. France has largely avoided major cuts, but may not be able to forestall them for much longer as the Hollande administration adopts austerity measures. U.S. policymakers fear that these cuts are taking place in a largely uncoordinated, ad-hoc fashion, will erode the core combat capabilities of key allies, and may be only the beginning of a long-term defense depression in Europe.

While the Pentagon is intently focused on European defense austerity, U.S. policymakers are only now coming to appreciate the impact of the crisis on Europe’s changing geopolitical balance. It is worth recalling how quickly European geopolitics are changing. A mere ten years ago, France sought to build a European pole to balance American hegemony. Today, Germany is the dominant player in determining the future of Europe. But rather than challenge American leadership, Germany aims to preserve and deepen European supranationalism to avoid a collapse of the Euro and to further its economic goals. The wild card is whether or not Berlin’s economic influence will result in a stronger German strategic influence on Europe’s external affairs. Given Germany’s general reluctance to engage in military operations abroad, such an outcome would result in a Europe less willing to use military force in global contingencies. Another possible outcome of the crisis is that France, which has been unhappily forced into a subordinate position to Germany in Europe, could seek to counter Berlin’s economic dominance and exploit its general military weakness by advocating for a more assertive European Union role in security policy. Additionally, Europe’s geopolitics may be altered by the emergence of new states in Europe. Spain, Belgium and the UK face the real prospect of secessionist movements that would deprive them of significant portions of territory.

Jeff Lightfoot is deputy director of the Brent Scowcroft Center on International Security at the Atlantic Council.  (photo: Fletcher Forum of World Affairs)