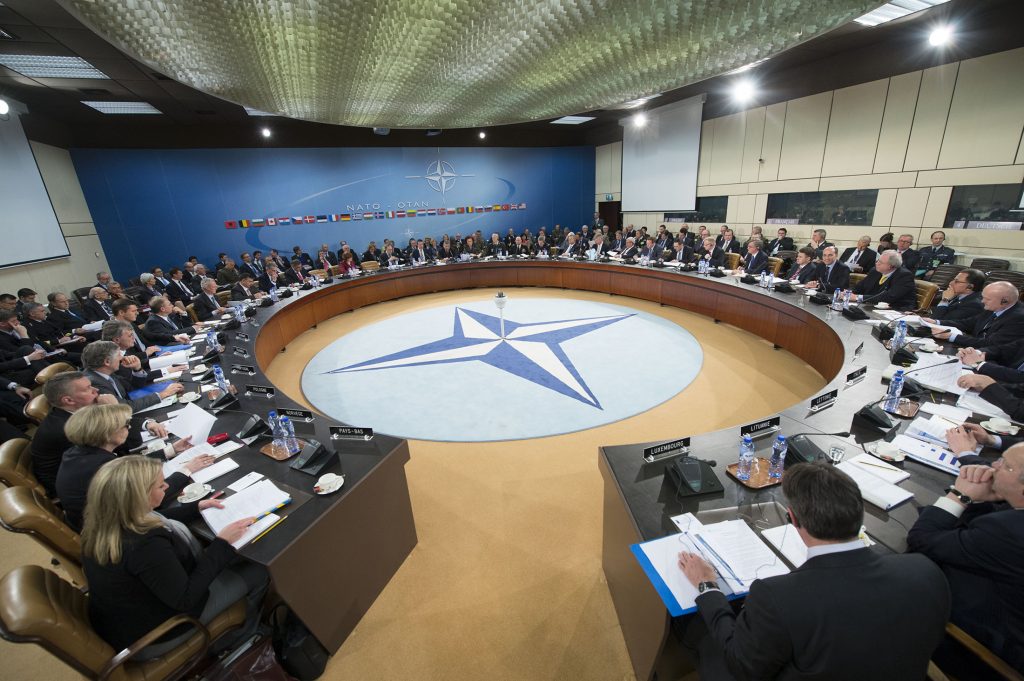 From Isabelle Francois, New Atlanticist:  Eminent American strategic thinkers indeed consider that their country is at a crucial juncture of human history and have advised the Obama administration to seize the opportunity towards collaborative partnerships with its most stalwart allies in Europe , while casting their eyes beyond the transatlantic community and embracing a post-Western world. In Europe, governments with obviously less means and therefore less ambition seem more focused on their internal crisis. They are nonetheless at the table alongside the US and Canada at NATO ministerials, and they have continued to engage in common efforts in Afghanistan, Libya, and other places, alongside many partner countries also in the midst of economic challenges and all wondering today whether they need to prepare, should they inherit yet another operation.

According to NATO wisdom, faced with major fiscal constraints and defense cuts as an alliance, now is the time for governments to pull closer together through multinational efforts to lighten the burden and rely on each other. It’s not quite that simple for sovereign countries reluctant to relinquish their capacity to take sovereign decisions in defense matters.

In reality what Allies need is growth, as the transatlantic community depends on healthier economies. The debate across the Atlantic has in fact refocused of late on a trade pact between the US and the EU. The impediments to a free-trade agreement—from tariffs to conflicting government regulations—are no less challenging than the sovereignty issue has been to the NATO smart defense initiative.

Beyond growth, the transatlantic community needs a common vision. New initiatives, be it Smart Defense or the Connected Force Initiative repackaging long standing efforts towards greater interoperability and efficiency, will not replace a much needed strategic focus on openness—looking out rather than within. It is a common vision that pushed the Alliance into this century through two open processes: partnership and enlargement. This was the last vision Allies shared and it propelled them into a post-Cold War era. . . .

The transatlantic community may have reached the limits of NATO’s original approach to partnership based on common values, as preferential treatment may no longer fit a global world. As Operation Unified Protector in Libya demonstrated, the transatlantic community may be required to engage with those who may not necessarily aspire to the Western concept of secular modernity..

In the absence of a more ambitious strategic vision and a renewed approach to partnership less anchored on common values and more opened towards a post-Western world, NATO will continue to muddle through from one initiative to the next, whether smart or much needed. New initiatives will not be sufficient to propel this community of like-minded countries into a world of competing approaches to international relations.