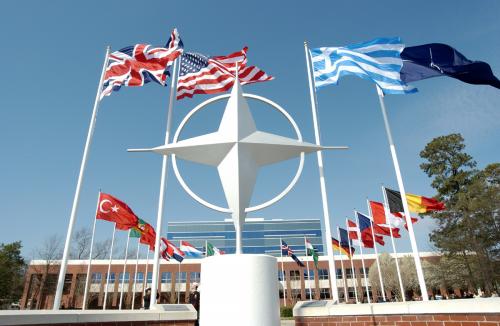 First, NATO Secretary General Rassmussen stated that:  "We must face new challenges. Terrorism, proliferation, cyber security or even climate change will oblige us to seek new ways of operating. And in a time of financial and budget constraints, we need to maximize our efficiency within limited resources."  However, all of these issues are challenges far better suited for the European Union (EU) and a special US-EU relationship to manage rather than NATO.

Second, Secretary of State Hillary Clinton noted that:  "This Alliance has endured because of the skill of our diplomats, the strength of our soldiers, and – most importantly – the power of its founding principles."  Yet, one of NATO’s core founding principles was to create a circumstance in which Europe could stand on its own two feet.  This is, effectively, NATO’s last unfulfilled mission after the Cold War and it is now hindered by an institutional framework allowing Europeans to free-ride on American security provision.

Third, Secretary of Defense Robert Gates stated:  "The demilitarization of Europe – where large swaths of the general public and political class are averse to military force and the risks that go with it – has gone from a blessing in the 20th century to an impediment to achieving real security and lasting peace in the 21st."  The demilitarization of Europe, however, means that NATO has succeeded in its fundamental mission – that Europe no longer fights wars is a good thing.  Moreover, Europe has no incentive to contribute to global security missions so long as America takes the lead.  Europe has every incentive to free-ride on American power and NATO perpetuates that. (photo: euaustralia.com)