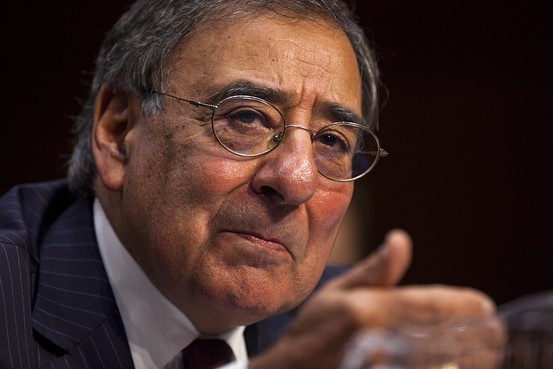 From the Editors of the Wall Street Journal:  Leon Panetta committed the gaffe of telling the truth on Wednesday when he revealed how eager the Obama Administration is to tell Americans it is heading for the exits in Afghanistan. The Defense Secretary volunteered that the U.S. will stop taking a lead role in combat operations by mid-2013, a year earlier than planned, and that it will also scale back support for the Afghan military.

The news brought surprise and criticism from Capitol Hill to Kabul, since no one had been briefed on this possibility. Then yesterday Administration claimed that nothing had really changed. It even rolled out former Afghan commander and now CIA Director David Petraeus to say that Mr. Panetta’s words had been "overanalyzed" and that he was merely describing a "progressive transition" before the planned combat pullout in 2014.

But Mr. Panetta is no rookie free-lancer, and others were reporting yesterday that the 2013 plan has been in the works for some time. Our guess is that the Pentagon chief had merely outrun his blocking by a few weeks. . . .

Americans are tired of war—a healthy instinct—but public support for the Afghan surge has stayed remarkably high considering how rarely Mr. Obama talks about it. Save for Ron Paul and Jon Huntsman, the Republican Presidential candidates have backed the war effort. Congressional criticism from the left has been muted with a Democrat in the White House. This decision seems driven entirely by Mr. Obama’s own political desires, not any public antiwar groundswell.

As a candidate in 2008, Mr. Obama called Afghanistan the war worth fighting. He later announced the surge, but with fewer troops than the generals said they needed and with a date certain for withdrawal. Now he has twice moved up the date for reduced U.S. combat operations.

Perhaps he calculates that the death of Osama bin Laden makes him politically invulnerable against a possible deterioration in Afghanistan, and that a Taliban advance won’t happen before the election in any case. He may be right. But he’s also taking an enormous risk that Afghan forces are ready to hold the gains of the surge, and that the U.S. sacrifices won’t be in vain.  (photo: EPA)