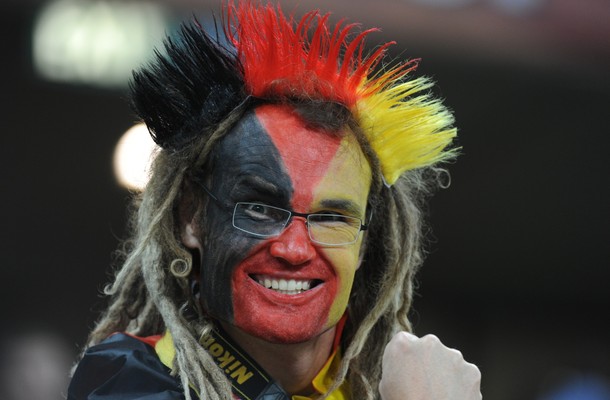 From Thomas E. Ricks, Foreign Policy:  Robert Kaplan also said the biggest unreported story of the last two years is the re-emergence of an influential Germany. "The capital of Europe moved from Brussels to Berlin." Germany has been unleashed by the Euro, he said, and the country is showing itself to be an "avant garde" major power, wielding influence politically and economically but not militarily. At least for the moment: "I don’t believe that German quasi-pacifism is permanent."

But, he added, this does not mean we should throw away NATO. As the U.S. Navy and Air Force focus more on the Pacific and Indian Ocean areas, he said, NATO should pick up the slack in the Atlantic.

I also think that the rise of Germany may make NATO relevant again. Remember the old line from the 1950s, that "the purpose of NATO was to keep the Soviets out, the Americans in, and the Germans down"? [NATO’s first Secretary General, Lord Ismay, 1956] Well, if Germany is beginning to throw around its weight, NATO may be the way to control that a bit. Keep in mind that the history of Europe since the Romans has been basically, What to do about Germany?  [If one is willing to overlook a few small details such as the Vikings, the Hundred Years War, Tours/Lepanto/Vienna, the Hapsburg -Valois wars, the wars of Louis XIV,  the Napoleonic Wars, etc.]  (photo: Getty)