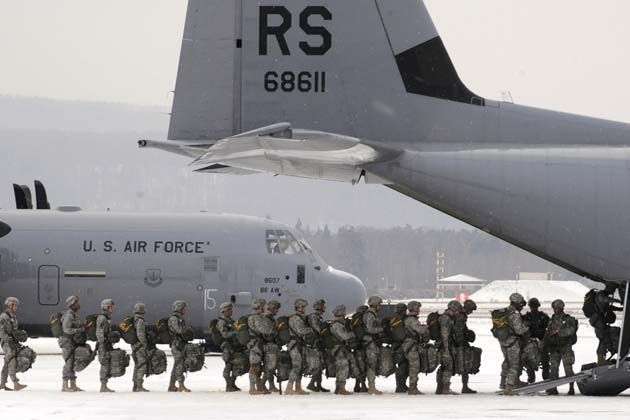 The most obvious impact of the defense cuts on the economy is the loss of jobs in the private and public defense sector, but there are even greater negative economic effects that are less visible. The U.S. military’s stabilizing presence in critical parts of the world has been one of the engines of the extraordinary global economic growth since World War II ended. Consider just as one example the unique role of the U.S. Navy in protecting the safety and freedom of international maritime commercial traffic that has enabled trillions of dollars of American and foreign-made products to be sold around the world, created tens of millions of jobs here in America and lifted hundreds of millions worldwide out of poverty.

Counting the wars not fought, the children who didn’t perish, the tyrants who didn’t prosper and the economic exploitation that didn’t happen is a magic act that cannot be performed. Nor is it simple to paint a picture of an Asia dominated by Chinese rules of engagement, or a Europe under Russia’s thumb, or an Africa and Middle East torn asunder by Al Qaeda. These are the things that American power can deter. There are enormous human and economic benefits to avoiding these scenarios.  . . .

Short-term savings in reduced defense spending can be measured much more exactly than the long-term costs of those cuts. For instance, consider the impact on commodity and energy prices if the U.S. Navy were no longer able to play the critical, stabilizing role it has in providing maritime security in the Strait of Malacca (through which 40 percent of world trade passes) and the Strait of Hormuz (through which 40 percent of globally traded oil goes). The effects of such a failure are hard to quantify accurately, but we know enough to conclude they would be economically catastrophic. . . .

If the new 2014 cuts to defense required by sequestration remain in place, a steady but severe decline in military readiness and operational effectiveness will be the result. In a 2011 letter to Congress, then-Secretary of Defense Leon Panetta enumerated the devastating impacts of sequestration on the U.S. military: The Navy will shrink to a fleet of fewer than 230 ships, its smallest since 1915; our ground forces will be smaller than at any time since 1940; and the size of our tactical fighter force will be the lowest since the advent of the U.S. Air Force. The longer these cuts are in effect, the greater the impact to the readiness and effectiveness of our armed forces will be. The world will become more unstable and unpredictable, inevitably making our economy weaker and more vulnerable.