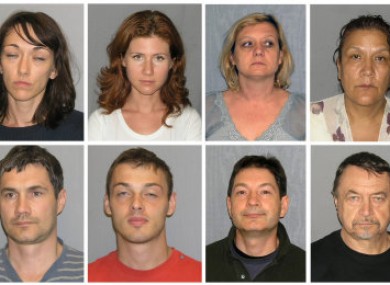 From Thomas Grove, Reuters:  The head of Russia’s deep cover U.S. spying operations has betrayed the network and defected, a Russian paper said on Thursday , potentially giving the West one of its biggest intelligence coups since the end of the Cold War.

The newspaper, Kommersant, identified the man as Colonel Shcherbakov and said he was responsible for unmasking a Russian spy ring in the United States in June whose arrests humiliated Moscow and clouded a "reset" in ties with Washington.

The betrayal would make Shcherbakov one of the most senior turncoats since the fall of the Soviet Union and could have consequences for Russia’s proud Foreign Intelligence Service (SVR) and its chief, former Prime Minister Mikhail Fradkov.

Kommersant said Shcherbakov, whose first name it did not give, had been responsible for "illegal spying" in the United States, meaning spies operating under deep cover without diplomatic immunity.

Confirming Kommersant’s report was accurate, Gennady Gudkov, deputy chairman of the Russian parliament’s security committee, said it was a major failure by Russian intelligence and a success for the United States.

"It is a major blow to the image of the Russian intelligence services," he told Reuters.  (graphic: AP/Press Association)  (via Laura Rozen)