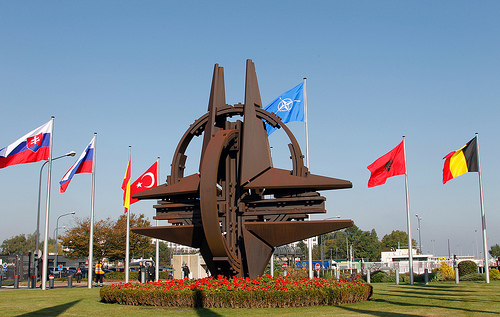 From Dmitri Trenin, New York Times:  If the Atlantic alliance were disbanded, European defense policies could be renationalized and the United States would lose its close interaction with highly capable like-minded European countries. Particularly at a time of the European Union’s restructuring, this would create tension and turbulence in that part of the world. . . .

A renewed Atlantic alliance should be based on an agreement among the United States, a new military arm of the European Union composed of current NATO members and NATO countries outside the E.U., like Canada, Norway, Turkey and others.

This revamped NATO would create joint forces supported by a common industrial, research and development base. . . .

A reform on such a scale will need a new treaty, and the organization which will emerge from it will probably need a new name, but both will be based on more than six decades of close trans-Atlantic relations.

Dmitri Trenin is the director of the Carnegie Moscow Center and the author of “Post-Imperium: A Eurasian Story."  (photo: Bundeswehr/Bienert)