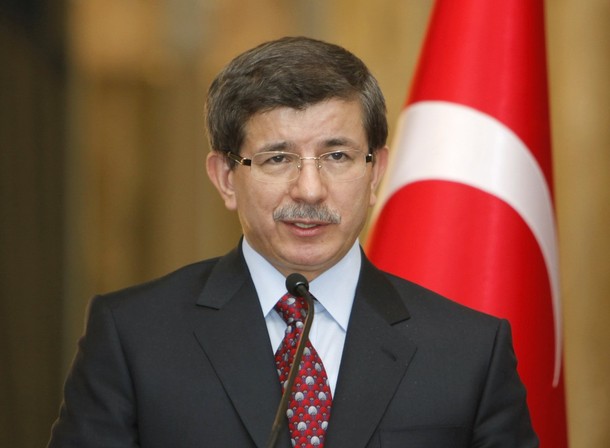 From Simon Tisdall, Guardian:  Turkey has called on the US, Britain and other leading countries to take immediate action to intervene in Syria to prevent a looming humanitarian "disaster" that it says threatens the lives of millions of internally displaced people and refugees as winter approaches and could soon ignite a region-wide conflagration.

Appealing to the major powers to set aside their differences over how to end the 20-month-old civil war in which an estimated 32,000 people have died, Ahmet Davutoglu, Turkey’s foreign minister, said the crisis had gone on for long enough. The Syrian people were crying out for help and their pleas could no longer be ignored.

"How long can this situation continue? I mean in Bosnia, now we have Ban Ki-moon [the UN secretary general] apologising 20 years after. Who will apologise for Syria in 20 years’ time? How can we stay idle?" Davutoglu told the Guardian in an exclusive interview in Istanbul.

"We [Turkey] are doing all we can to help these people, using all diplomatic capacity to stop this bloodshed. But there should be a much more concerted effort by the international community. The best way we can see now is direct humanitarian intervention. . . ."

"We want the international community to find a solution to resolve this issue inside Syria. All means can be discussed. But there must be proper humanitarian access. We have 145,000 refugees in Turkey but there are millions of people, two million people inside Syria who are IDPs [internally displaced people]. Those that are lucky can come to Turkey. They are the lucky ones.

"The international community must make a decision. Humanitarian access must be guaranteed by any means that is acceptable. These people are human beings. The winter is approaching. How will they survive the winter?"

Davutoglu stressed any new initiative must be backed by the UN security council. If it established a mechanism to guarantee international humanitarian assistance inside Syria, Turkey would support it and would allow its soil to be used as a base. But Turkey would not act alone or without UN authorisation, he said.

Alluding to the Obama administration, which has been criticised by Republicans for a weak response, as well as to Britain and other countries, Davutoglu said: "We expect the leading powers of the international community to be more firm, more decisive and clear in their policy regarding oppression in Syria. . . ."

Asked about US concerns that hardline jihadi groups were hijacking Syria’s uprising, Davutoglu said that possibility made a swift solution all the more urgent.

"The presence of some groups on the ground should not be used as an excuse for not being active. Prolonging the crisis will create a much more critical environment concerning these groups. We must have a solution and act as soon as possible to avoid a power vacuum in Syria.  (photo: Reuters)