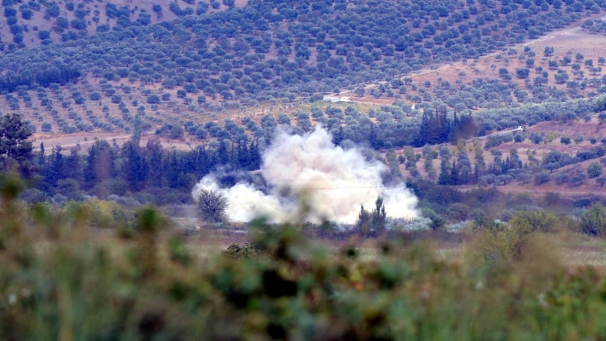 TRT did not specify where the incident occurred and no further details were available. There were no reports of any casualties resulting from the exchange of fire. . . .

A large plume of smoke could be seen rising from the Syrian town of Haram after an explosion around midday (0900 GMT). The morning was punctuated by sounds of small blasts and gunfire, said witnesses in the nearby Turkish village of Besaslan.  (photo: Euronews)