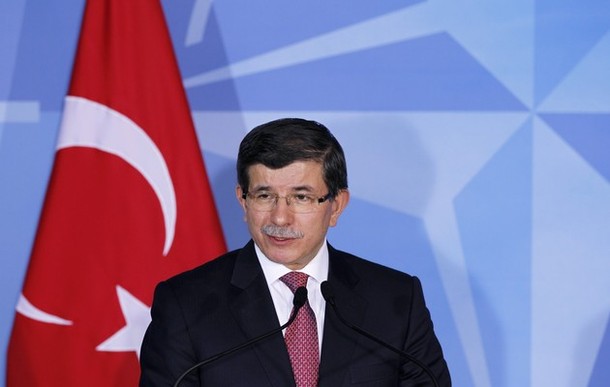 From Adam Levine, CNN Security Clearance:  Turkey has invoked Article 4 before, after tensions arose on its border with Iraq.

"This did not lead to the invocation of Article 5," Longescu noted.

A senior American administration official speaking on background because of the sensitivity of the issue, told CNN’s Jill Dougherty on Sunday that Turkey’s request "is just consultations, and they aren’t asking for more than that." The official added that the move does mean Turkey considers Syria’s shooting down their plane a threat to Turkey’s security.

If NATO was looking for a fight, this would be a good opportuity to invoke Article 5, but there is no appetite for a military conflict with Syria at the moment, several NATO diplomats told CNN’s Elise Labott on Sunday.

There are many factors that weigh against a military response. First and foremost, the North Atlantic Council has to agree to it. Also, even if agreed, each member can contribute as they see fit.

"This is an individual obligation on each Ally and each Ally is responsible for determining what it deems necessary in these particular circumstances," according to a description of the charter posted on the NATO website.

The United States and many other countries have been vocally opposed to military intervention and will not be quick to encourage Turkey to press the issue. After Syrian troops shelled refugees on the Turkish side of the border earlier this year, Secretary of Defense Leon Panetta made clear that the bar was high for Turkey to claim the need for a collective self-defense.

Panetta was asked about invoking Article 5 at a House Armed Services Committee hearing in April.

"I think it’s clear that the only way that the United States would get involved militarily is if there’s a consensus in the international community to try to do something along those lines. And then obviously ensure that the international community is able to get the – the authorities required in order to make that happen," Panetta said. "They would have to make clear that what is happening there really does truly represent a direct threat to Turkey. And I think at this point, that’s probably a stretch. . . ."

NATO members agreeing to respond to this incident is "inconceivable," wrote James Joyner on the Atlantic Council blog. Joyner, who said he opposes military intervention in Syria, felt the incident does not rise to the level of such a response.

"The operative word that almost certainly disqualifies this incident from an Article 5 response is ‘attack.’ Turkey was engaged in aggressive action along its border with Syria during a particularly tense situation and flew into Syrian airspace," Joyner wrote on Friday, "While shooting down the plane was almost certainly an overreaction – the Assad government has said as much – it’s hardly an ‘attack.’ . . ."

[I]n the end, nobody is expecting the Turks even to ask to invoke Article 5, knowing that NATO would probably not go along, diplomats told CNN on Sunday. The impression was that Turkey itself does not want to ratchet thing up that high, either.  (photo: Reuters)