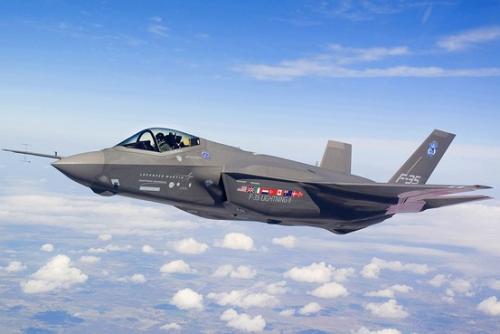 From Reuters:  Turkey is sticking to plans to buy 100 of Lockheed Martin’s F-35 fighter jets for $16 billion, with an initial order of two planes for delivery in 2015, its defence minister said, amid concerns about the project’s delays and rising costs. . . .

"Abandoning the planes’ purchase is not being considered currently," Turkish Defence Minister Ismet Yilmaz said in a written answer to a question from an opposition lawmaker, a copy of which was obtained by Reuters on Thursday.

"In the first stage, orders will be given for two F-35 planes. Turkey plans in total to buy 100 F-35 warplanes," the minister said.

"As of today the total amount which will be paid under the project is envisaged to be around $16 billion," he added.

He said the level of plane orders for future years will be considered in the light of ongoing negotiations. Turkey’s payments so far in the development phases of the project totalled $315 million. . . .

The F-35 programme has come under increased pressure in recent weeks given the Pentagon’s plan to postpone orders of 179 F-35 fighter planes for five years, as part of defence budget cuts. The move will save $15.1 billion, but will likely drive up the price per plane, according to Lockheed and U.S. officials.

Senior U.S. defence officials met late on Tuesday to review a revised cost estimate and acquisition schedule for its biggest weapons programme, but details and a final decision will not be announced for several weeks, said spokeswoman Cheryl Irwin.