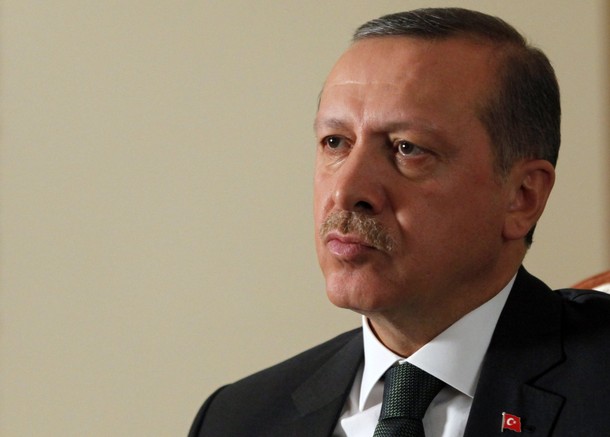 From DPA:  Turkish Prime Minister Recep Tayyip Erdogan has warned that NATO may have to become involved in the Syria conflict if it continues to spill across the border into Turkey, the Hurriyet daily reported Thursday.

It said Erdogan was commenting on news of Syrian civilians inside Turkey being hit by gunfire from Syria, by invoking Article 5 of the North Atlantic Treaty, which governs the alliance.

Article 5 commits each NATO state to consider an armed attack against one member as an attack on the entire military alliance.

"Under Article 5, NATO has a duty with respect to Turkey‘s borders," Erdogan warned.

In Brussels, deputy spokeswoman Carmen Romero told dpa that NATO was "deeply concerned by events in Syria, particularly the recent incidents on the border with our ally Turkey."

"We are monitoring the situation closely and will continue to do so," she added.

While NATO has repeatedly condemned as "outrageous" the Syrian regime‘s crackdown on pro-democracy protesters, its Secretary General Anders Fogh Rasmussen reiterated on April 2 that the alliance "has no intention whatsoever" of intervening.

From Reuters: NATO has responsibilities with regards to Turkey’s borders, according to Article 5," said Erdogan, whose country has the second biggest army in NATO. . . .

Turkish Foreign Minister Ahmet Davutoglu, who cut short his trip to China earlier this week following the border clash, said on Thursday Turkey had reported the incident to the United Nations and NATO.

"Turkey’s border is also a NATO border. Therefore, with regards to NATO member countries’ mutual responsibilities, this would become an issue of interest to all these countries … in terms of protecting the borders," Davutoglu said.  (photo: Reuters)