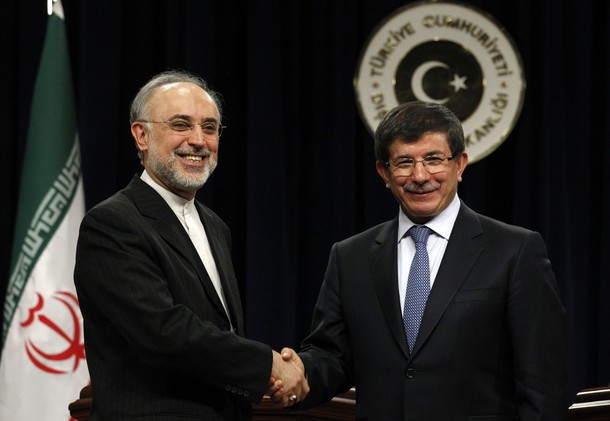 From Humeyra Pamuk and Evrim Ergin, Reuters:  Turkey has no plans to cut its imports of Iranian oil, remaining a rare loyal customer of Tehran despite rising pressure from international sanctions and initial signals it may buy more Saudi oil , Turkish and Saudi sources told Reuters.

The sources said Ankara’s intentions became clear after a high level delegation travelled to Riyadh over the weekend and decided against requesting additional supplies from top oil exporter Saudi Arabia, the only producer in the world that has spare volumes to offer to replace Iranian barrels.

The development will help Iran avoid extra pain from reduced sales of crude as the European Union seeks to ban Iranian oil imports from July 1 and major Asian customers are signaling they might cut purchases under pressure from Washington.

EU and U.S. sanctions against Iran over its nuclear plans are already hitting oil production in the Islamic Republic and a fall in its output and exports is likely to accelerate if more customers walk away from its oil. This could squeeze the budget and increase internal tensions ahead of parliamentary elections next month.

"Turkey did not ask for more oil, and has no plans to ban imports from Iran," he said.

An Ankara-based energy official said: "Turkey will continue to buy from Iran unless the United Nations supports/endorses the EU and U.S. oil embargo."  (photo: Reuters)