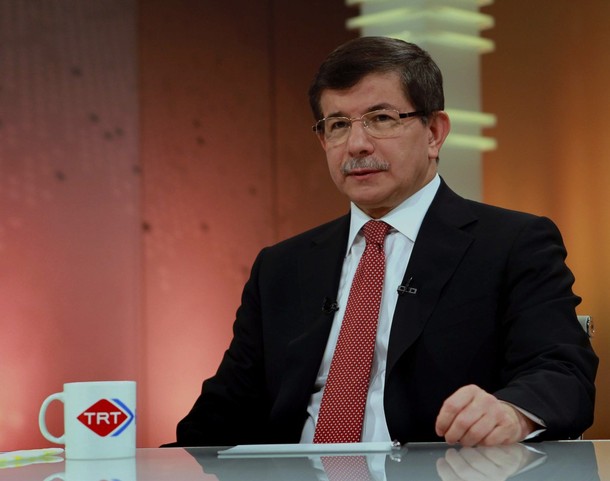 From the AP:  Turkey is calling on NATO to discuss a response to Syria’s downing of a Turkish jet in what Turkish leaders insist was international airspace. The incident has deepened the regional turmoil caused by the conflict in Syria, where reports Sunday said more than a dozen people had died in the latest clashes between rebels and government troops.

The plane wreckage was found Sunday in the Mediterranean at a depth of 3,281 feet (1,000 meters), Turkish state-run TRT television said. The pilots are unaccounted for. . . .

TRT reported [Foreign Minister Ahmet] Davutoglu had called for a special meeting of NATO on Tuesday to discuss Article 4 of the NATO charter in relation to Friday’s incident.  . . .

British Foreign Secretary William Hague said Sunday he was “gravely concerned by the Syrian regime’s action in shooting down” the plane and that Davutoglu had told him no warning was given.

“This outrageous act underlines how far beyond accepted behavior the Syrian regime has put itself, and I condemn it wholeheartedly,” Hague said in a statement. “The Assad regime should not make the mistake of believing that it can act with impunity. It will be held to account for its behavior. . . .”

Jordanian Information Minister Sameeh Maaytah, meanwhile, said Sunday that three other Syrian pilots had defected last week, even before a pilot flew his warplane into neighboring Jordan. He said the other three crossed overland into Jordan. He was unsure if the four pilots knew each other or had coordinated their escape from Syria.

From Jonathon Burch, Reuters:  Davutoglu said he would formally report the incident to the NATO military alliance this week under article four of its founding treaty, as well as to the U.N. Security Council.

"I have made instructions for a notification to be made within the framework of Article 4 at the NATO Council meeting in the upcoming week," Davutoglu said.

"In addition, a notification will be made to the U.N. Security Council in light of the information we have regarding the background to this aggressive attitude," he said.

NATO’s article four provides for states to "consult together whenever, in the opinion of any of them, the territorial integrity, political independence or security of any of the parties is threatened".

It stops short of the explicit mention of possible armed responses cited in article five. . . .

Turkish Prime Minister Tayyip Erdogan would make a statement at his ruling party’s meeting in parliament on Tuesday, the foreign minister added. He said Ankara had begun to implement its response to the incident, but gave no details of the plan.  (photo: AP)