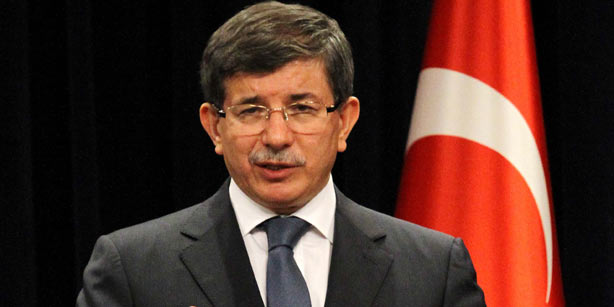 From Howard LaFranchi, the Christian Science Monitor:  With Turkey already at the threshold of 100,000 Syrian refugees, which Turkish officials have suggested could be their country’s limit, Syria’s neighbors will be looking to a high-level United Nations meeting this week to find ways to address Syria’s humanitarian crisis without simply leaving it to Turkey, Jordan, Lebanon, and others in the region to take on.

“We will emphasize that this burden now needs to be shared by the whole international community, not just by Syria’s neighbors,” Turkey’s Foreign Minister Ahmet Davutoglu said Monday, describing the stance he plans to take when the UN Security Council meets Thursday to discuss the humanitarian issues resulting from Syria’s 18-month-old conflict. . . .

“Turkey’s lesson from the early 1990’s is that if you let a large number of refugees come in, they end up being your problem only,” says Soner Cagaptay, a Turkey expert at the Washington Institute for Near East Policy (WINEP), referring to when Turkey accepted about a half-million Iraqi-Kurd refugees who were fleeing Saddam Hussein and his gassing of Kurdish communities.

Mr. Cagaptay says Turkish officials have told him on recent visits to Ankara that 100,000 Syrian refugees would be Turkey’s limit, at which point it would demand that the international community find an alternative to simply allowing neighboring countries to meet the need.

Turkey would prefer that the UN come up with a response, but Cagaptay says he believes Turkey would turn to NATO if the Security Council remains deadlocked.

“The Turks are quite comfortable with the idea of NATO supporting a safe haven or humanitarian corridor,” he says, noting that Turkey participated in NATO-only operations in the Balkans.

“What they want to see is the participation of some international body to give whatever action is taken international legitimacy,” he says.

Some regional analysts and members of Congress have advocated for months that the US spearhead a coalition of the willing, either through NATO or in a more ad-hoc manner, to create safe havens or a humanitarian corridor inside Syria. The Obama administration has so far stopped short of that step, even after administration officials indicated after the last Security Council veto of measures meant to pressure Syrian President Bashar al-Assad that the US would move to act outside of the UN. (photo: AA)