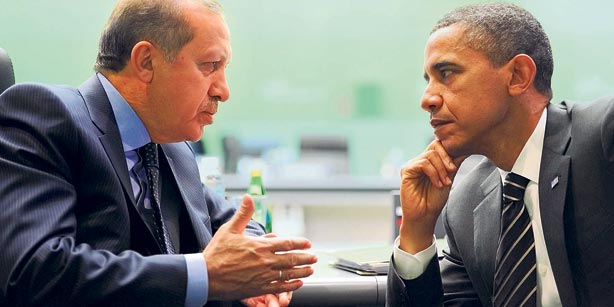 From Reuters:  Prime Minister Tayyip Erdogan said Turkey would support a U.S.-enforced no-fly zone in Syria and warned that Damascus crossed President Barack Obama’s "red line" on chemical weapons use long ago, according to an NBC News interview released Thursday.

A no-fly zone to prohibit Syrian military aircraft from hitting rebel targets has been mentioned by American lawmakers as one option the United States could use to put pressure on Syrian President Bashar al-Assad.

"Right from the beginning … we would say ‘Yes," Erdogan said when asked if Turkey, a NATO member that shares its longest border with Syria, would support such action, according to an NBC.com report.

But setting up a no-fly zone would require U.S. air strikes, and possibly forces sent into Syria, at the risk of casualties. There is little chance the United States would undertake that anytime soon, U.S. security officials say.

Still, Erdogan’s comments could add pressure on Washington to take action in a two-year revolt that has killed 70,000 people and further destabilized a volatile region. . . .

"It is clear that the regime has used chemical weapons and missiles. They used about 200 missiles, according to our intelligence," Erdogan said in the interview with the U.S. television news outlet.

The Turkish leader did not make clear whether Turkey believed that all 200 missiles carried chemical weapons and said his government had not determined whether sarin gas was used.  (photo: Today’s Zaman)