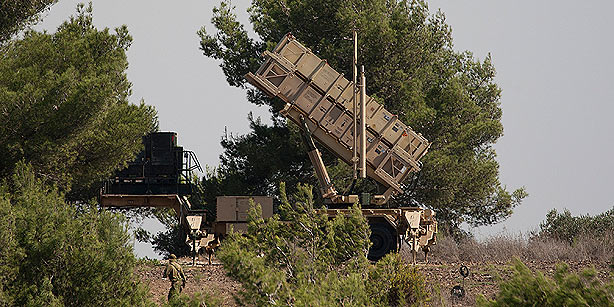 From Reuters:  NATO surface-to-air missiles due to be stationed near Turkey’s border with Syria will only be used to protect Turkish territory and not to establish a no-fly zone within Syria, the Turkish military said on Monday.

Turkey riled Syria, Russia and Iran by requesting the NATO surface-to-air Patriot system, designed to intercept aircraft or missiles, last Wednesday after weeks of talks on how to shore up security on its 900-km (560-mile) border as the conflict in Syria deepens.

Syria, which called the move "provocative", and its allies including Russia and Iran oppose any development that they perceive could be a first step towards implementing a no-fly zone.

"The deployment of the air and missile defense system is only to counter an air or missile threat originating in Syria and is a measure entirely aimed at defense," the Turkish military said in a statement.

"That it will be used to form a no-fly zone or for an offensive operation is out of the question," it said.  (photo: AP)