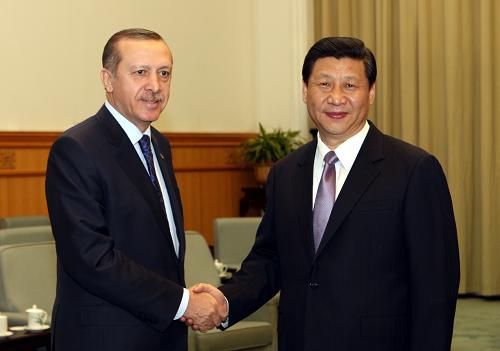 “That would certainly leave many of us speechless,” said one senior diplomat from a NATO country. “Turkey has every right to choose its own air defense system but we do not quite understand the logic of opting for a Chinese system with no interoperability with the existing [NATO] assets.”

A NATO ally defense attaché in Ankara said that deploying a Chinese air defense system to protect Turkish airspace could have political repercussions. “Questioning Turkey’s geopolitical trajectory would then be legitimate,” he said. . . .

“Turkey can always decide to build a standalone system. But in that case, abstracting the air defense system from NATO assets would mean that Turkey will lose half of its radar capabilities,” said one defense analyst.

He said Turkey would need interface data to make its own air defense architecture interoperable with NATO assets, primarily data on the Identify Friend and Foe system. “This is top secret and cannot be installed into any Chinese system,” the analyst said.

Another major question, he said, is “how would Turkey have in its possession a made-in-China IFF system, and how would that system be integrated into its fleet of F-16 aircraft?”

“There is an important degree of incompatibility here and all in all any Chinese-Turkish co-production program would look problematic,” he said.  (photo: Foreign Ministry of China)