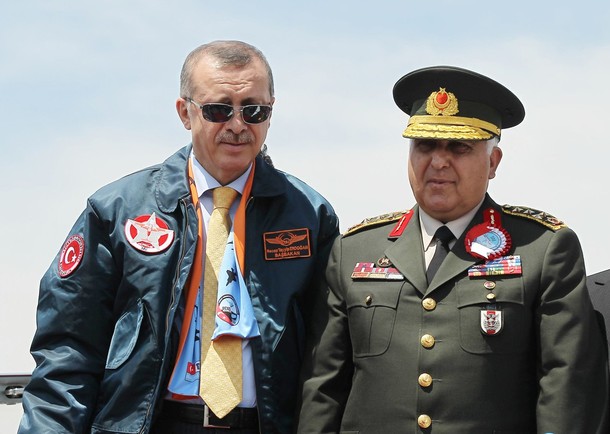 From Hurriyet Daily News:  Pilots of the Turkish jet downed by Syrian forces on June 22 are still missing although some of their equipment and pieces of the plane’s wreckage have been found , Turkish Armed Forces said in a press release today.

Five military ships, one aircraft and four search and rescue copters are conducting a search for the missing pilots, alongside a hydrographic ship belonging to the Turkish Naval Forces.  (photo: AP)