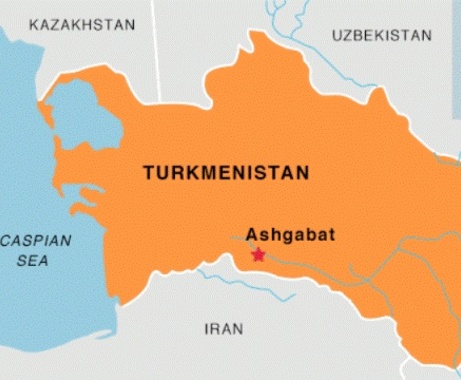 From Marat Gurt, Reuters:  Neutral Turkmenistan flexed its military muscle on Wednesday, holding its first naval exercises in the Caspian Sea to show it can rebuff any attack on the oil and gas riches it hopes to sell to Europe.

Turkmenistan, on the eastern shore of the Caspian Sea, holds the world’s fourth-largest natural gas reserves, according to BP data, surpassed only by Russia, Iran and Qatar. The other four littoral nations are Russia, Kazakhstan, Azerbaijan and Iran.

Turkmenistan said this week it could potentially join Azerbaijan in supplying natural gas into a pipeline through Turkey to the EU border, helping Europe become less reliant on Russian gas.

Previously announced plans for such a pipeline have angered Russia, which argues that every Caspian littoral state must agree before such a project can go ahead. Turkmenistan and Azerbaijan have said they need agreement only with each other. . . .

The military training exercise, codenamed Hazar-2012 (Caspian-2012), was held jointly by army and police units. Two corvettes opened fire to defend an imitation village and a real oil tanker anchored off the coast of western Turkmenistan.