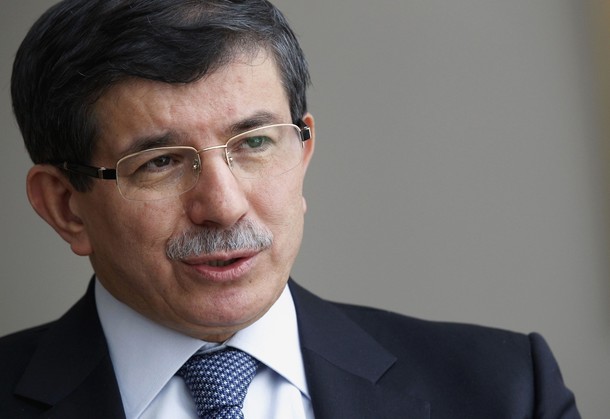 From Khaled Yacoub Oweis, Reuters:  Turkish Foreign Minister Ahmet Davutoglu told Reuters before flying to Washington for talks on Syria that Turkey, which once saw Assad as a valuable ally but now wants him out, could no longer stand and watch and wanted to host an international meeting to agree ways to end the killing and provide aid.

"It is not enough being an observer," he said. "It is time now to send a strong message to the Syrian people that we are with them," he added, while refusing to be drawn on what kind of action Turkey or its allies would be prepared to consider.

Syrian army tanks and artillery pounded areas of Homs where revolt had flourished, demolishing buildings where people were living, short of water, food and medical supplies and pinned down by sharpshooters on rooftops.

"All the international community should work together to help," Davutoglu said. "Especially those who cannot even go from one street to another in Homs. You have pictures of children running from one house to another house while under artillery attack … They cannot continue these methods of oppression."  (photo: Reuters)