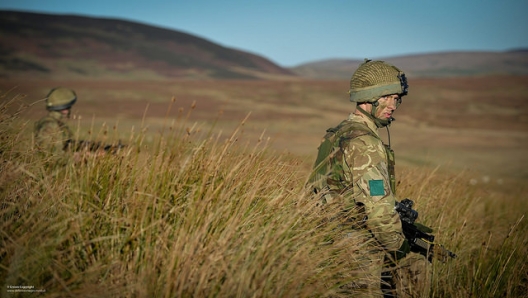 Ministry of Defence officials are examining cutting the British Army to just 60,000 soldiers, a former coalition defence minister has claimed.

Sir Nick Harvey said exercises were going on to examine further cuts to troop numbers because of an impending “financial crunch” faced by the MoD.

Under the Government’s current Army reforms, the number of regular soldiers is already being cut from 102,000 to 82,000, while the number of reservists is growing to 30,000.

Sir Nick, who was Armed Forces minister until 2012, told MPs: “There are already paper exercises going on in looking at what an Army of just 60,000 would look like because of the financial crunch that the department is going to be facing….”

Generals fear a defence review scheduled for after the election will see a repeat of 2010s biting austerity cuts to the military budget.

The Office for Budget Responsibility has predicted the Chancellor’s tax and spending policies will require an austerity programme in the next Parliament much bigger that the one implemented by the current Coalition….

Richard Drax, MP for South Dorset and a former Army officer, said the Army was already at an unacceptably low level and could not be cut further.

He said: “Any further reductions in our Armed Forces would be foolhardy in the extreme. We live in an increasingly unstable world and our first duty as a government is the protection of our country, our dependants and all those we are responsible for around the world and across Nato.”

David Cameron acknowledged earlier this month that Britain’s defence budget may fall below the 2 per cent of GDP which is seen as a benchmark for Nato members.