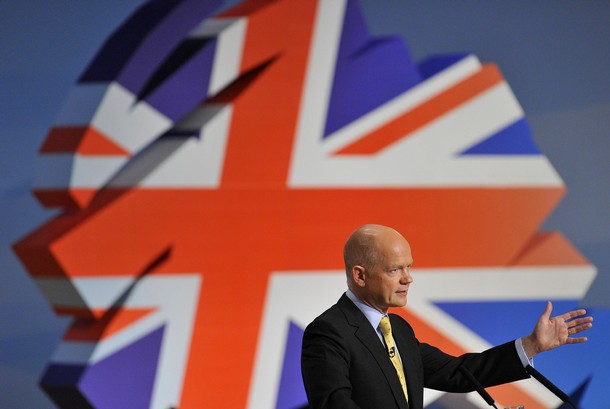 From William Hague, the Telegraph:  The Government’s most urgent task is to return our nation’s finances to a sustainable footing. But we also have to ensure our national security and replace the mismanagement and strategic drift of recent years with the establishment of a distinctive British role in the world. …

As a new Government, we are tackling this legacy in three ways. First, we are forging a distinctive British foreign policy that promotes our national interests, protects our security and stands up for our values. We have put supporting the British economy at the heart of our diplomacy. We need to be a self-confident, outward-looking nation with stronger bilateral relationships and an effective voice in international institutions.

Second, the Prime Minister has taken a grip on our national security. On our first day in office, he set up a new National Security Council. He has restored proper Cabinet government and made expert knowledge a part of decision-making again. Ministers, intelligence chiefs and our military now consider policy in the round. Our Armed Forces are the backbone of our defence and we owe them an enormous debt of gratitude. But we must bring together all the other instruments of our national power to protect our security, for the burden of maintaining our role in the world cannot fall solely on the brave men and women of our Armed Forces.

Third, we are conducting a Strategic Defence and Security Review. This is a hard-headed and methodical assessment of all aspects of our security. It has inevitably generated significant debate. But unlike any previous review, it has been overseen by the National Security Council, following a logical and thorough process of rigorous analysis. It has drawn on the advice of many outside experts. It will be the foundation for difficult but rational choices about the capabilities we need to protect our country.  (photo: Reuters)  (via Global Europe)