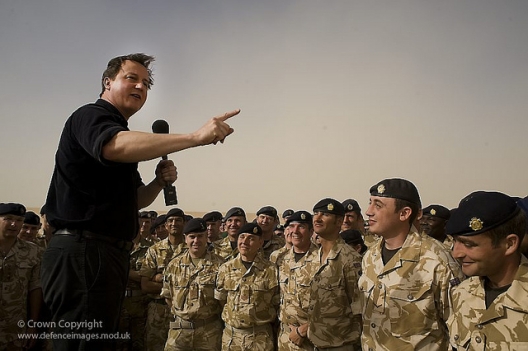 David Cameron has asked ministers to investigate if the intelligence agencies budget can be counted as “defence spending”, as Downing Street eyes creative accountancy to head off US criticism of military spending.

Amid anxiety in Washington that Britain’s defence budget will soon fall below Nato’s target of 2 per cent of gross domestic product, Mr Cameron has asked whether he can boost it without actually spending more money.

Oliver Letwin, head of policy at Number 10, has been asked to consider what kinds of spending can be categorised by Nato as “defence” expenditure in order to keep the UK close to the 2 per cent target, one government figure said.

“If we need to get to 2 per cent of GDP, there is a question of whether you can increase overall spending by counting funding of the intelligence agencies as defence spending,” he said.

A second government figure confirmed that officials were looking closely at what Nato classifies as defence spending to see if different member states include different elements to meet their target.

The future of Britain’s shrinking war chest has burst into the open as a politically sensitive issue despite efforts by politicians to avoid becoming embroiled in yet another awkward budgetary issue before May’s general election.

US officials — including army head Ray Odierno — have been unrelenting in their criticism of the sliding UK’s defence budget. The US sees the Nato target as symbolically critical: Britain is the only large European Nato power to meet its commitment to the alliance.

Sir Nick Harvey, a former Liberal Democrat defence minister, said he was told to expect “all kinds of dodgy weaving and creative accounting” when Britain’s defence spending is expected to dip below the 2 per cent target next year.

Ministry of Defence officials have already managed to boost the amount included in Nato calculations significantly this year. The ministry is to add war pensions, worth slightly more than £800m annually, to its Nato submission for 2015-16. This means UK spending will just meet the 2 per cent commitment this year.