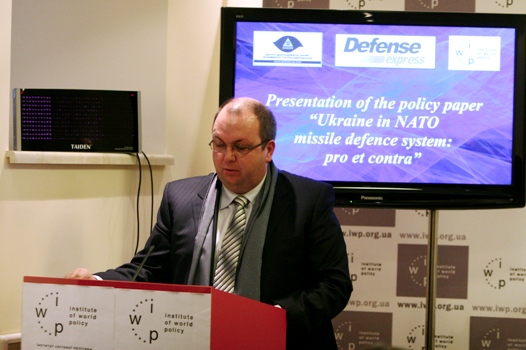 According to the head of the NATO Liaison Office in Ukraine, Marchin Koziel, the deployment of the system’s elements is a priority for the alliance. He says during the summit in Lisbon, NATO heads agreed on the possibility of involving non-member countries – or “third countries”– in the planned missile shield in Europe.

Thanks to “its ballistics missiles, technologies, know-how, experience or simply the process of European integration,” Ukraine is such a country, he stated speaking at a round table meeting in Kiev, reports the Rosbalt news agency.

The alliance and the leadership of the former Soviet republic are holding informal consultations regarding the issue on both political and technical levels, Koziel said.  (photo:  Institute of World Policy)