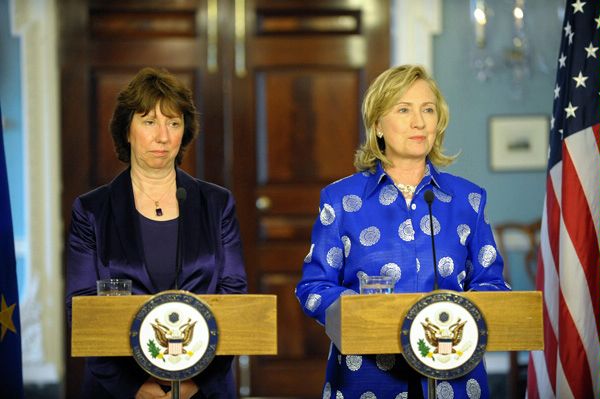 Many of its neighbors in Central and Eastern Europe have shown the world what can be accomplished in terms of democratization and economic prosperity. Ukraine has the capacity to do the same. Important steps now have to be taken by the Ukrainian government to fulfill its full potential.

This is especially true when it comes to strengthening democratic institutions to ensure the respect of fundamental freedoms. Ukraine’s parliamentary elections at the end of this month will be an important bellwether for the state of these institutions. At the moment, there are some worrying trends, as confirmed by the latest interim report by the election observation mission of the O.S.C.E.’s Office for Democratic Institutions and Human Rights.

We are concerned about reports of the use of administrative resources to favor ruling party candidates and the difficulties several media outlets face. Similarly, we are concerned about the continuation of the practice of the Central Election Commission holding closed pre-session meetings and the lack of representation of some political parties on district and precinct election commissions. Distribution of material or financial benefits to voters is another issue that should be investigated and halted. . . .

But the European Union will only be able to move forward with such an ambitious agenda if the democratic rights of the Ukrainian people, including freedoms of expression, political participation, association and media, are respected, the rule of law is put on strong footing, and progress is made on the overall reform agenda.

It remains deeply in our common interest to see an independent, prosperous and irreversibly democratic Ukraine that is associated with the European Union. We want to pursue deeper, mutually beneficial partnerships with Ukraine and will continue working toward a day where Ukraine will fully realize its own potential and take its place among the modern democracies of Europe.

Hillary Rodham Clinton is the U.S. secretary of state. Catherine Ashton is the high representative of the European Union for foreign affairs and security policy.  (photo: Department of State)