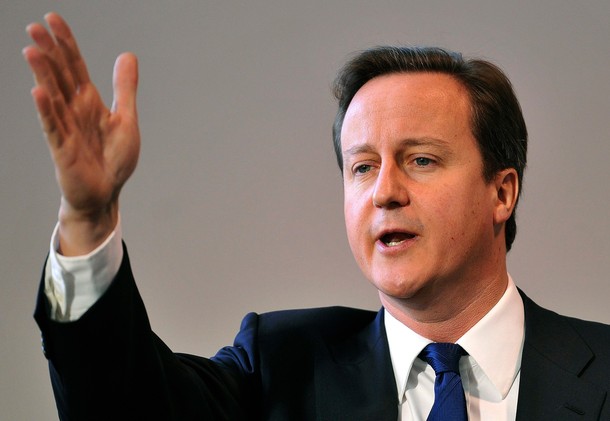 From David Stringer, the AP:  Britain will lose thousands of troops, slash weapons programs and likely delay a major project to upgrade its nuclear-armed submarine fleet following a once-in-a-decade defense review being published Tuesday , leaving allies worried the cuts could damage the country’s status as a global power.

Prime Minister David Cameron will address the House of Commons with details of defense cuts that could total as much as 3 billion pounds ($4.8 billion) to the defense ministry’s annual budget of about 37 billion pounds ($59 billion). …

Cameron was expected to confirm a program to build two flagship aircraft carriers – likely to cost about 5 billion pounds (US$8 billion) and due to come into service between 2016 and 2018 – will go ahead as planned, but that one may be sold after only three years of service.

An order for 138 F-35 Joint Strike Fighter jets, which are mainly being built by Lockheed Martin in Fort Worth, Texas, will be slashed, and the aging aircraft carrier HMS Ark Royal and a fleet of Harrier jets will be taken out of service immediately.

Defense Secretary Liam Fox acknowledged the changes mean Britain won’t have the capability to launch fast jets from its own aircraft carriers for about a decade. "The new carriers will have the new Joint Strike Fighter for them, there is a gap in between," as Harrier jets are scrapped and the new aircraft are built, Fox told BBC television. …

Though Cameron has already confirmed Britain will replace its fleet of nuclear missile-armed submarines, he is expected to confirm that the 20 billion pound ($30 billion) program will be delayed – meaning the vessels would only come into service from 2027, and the costs would be paid long after the country’s economy has rallied.  (photo: Getty)