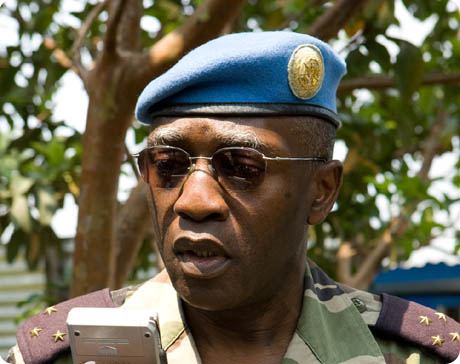 From NATO:  Lt. Gen. Babacar Gaye, the Military Advisor of the United Nations met with NATO’s Military Committee. This was the second visit of a UN Military Advisor to NATO headquarters for an exchange of views on NATO-UN cooperation.

Lt. Gen. Walter E. Gasking, Deputy Chairman of NATO’s Military Committee, thanked Lt. Gen. Gaye for the good coordination and cooperation between NATO and the UN at all levels. He also emphasized the continuing need for sharing information between the two organizations, leading to further transparency.