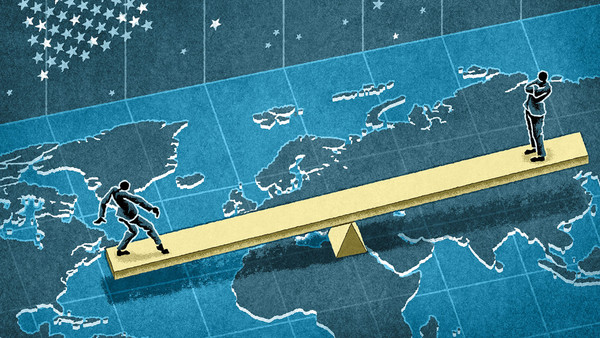 From Robert Kagan, Washington Post:  No one was suggesting the United States could or ought to have all the answers, but among this gathering of Arab, North African, South Asian and European diplomats and international civil servants, the overwhelming consensus was that the superpower is AWOL. The only question was whether the absence is temporary or permanent.

It was impressive to see how much desire there is for a more active U.S. role in the Middle East. There was little talk here of America’s decline as the world’s preeminent power. No one is preparing for a Chinese, Indian or Turkish ascendancy. Not even the Europeans claim that the European Union has the will or capacity to take on a bigger role in the region. The United States remains by far the most important player.

What has people concerned and despairing is not American decline but America’s declining interest — the sense that the Obama administration, and the American people, have about washed their hands of the Middle East. . . .

The irony, of course, is that every time the Obama administration tries to turn toward Asia, the Middle East drags it back — literally, in the case of Secretary of State Hillary Clinton. It’s an illusion to think we will not continue to be drawn into Middle East affairs. . . .

As one prominent statesman expressed the general puzzlement here, “Can’t the United States walk and chew gum at the same time?” For decades the United States has been able to provide security and remain engaged in three major theaters at once: Europe, Asia and the Middle East. Today those theaters are more interconnected, economically and strategically, than ever.

So let’s by all means give Asia the attention it deserves. But the world won’t afford us the luxury of downgrading the importance of the other two regions. That’s what it means to be a global superpower:  (graphic: Financial Times)