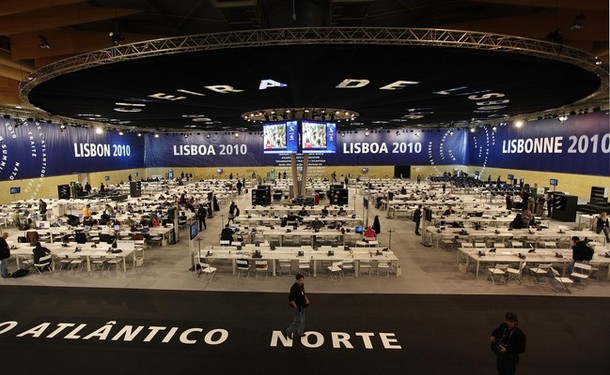 From Laura King and Henry Chu, the Los Angeles Times:  A NATO summit has its work cut out: Convincing weary European citizens that there is an end in sight, Americans that they aren’t alone in this fight and the Taliban that their cause is hopeless.

What NATO talks about when it talks about Afghanistan depends largely on who’s listening.

A series of carefully calibrated messages on the direction of the 9-year-old war, each aimed at a different audience, will emanate from the North Atlantic Treaty Organization summit beginning Friday in Lisbon.

To a war-weary European constituency: There’s an exit strategy.

To a conflicted American public, whose troops are bearing the brunt of rising battlefield casualties: Things are going better militarily, but it will still take some time.

To Afghan President Hamid Karzai: Please watch what you say.

And to the Taliban: Don’t get your hopes up.

The principal theme of the two-day gathering is "transition," the notion that the Afghan army and police force should be able to take over primary security responsibility for most of the country by the end of 2014.  (photo: Getty)