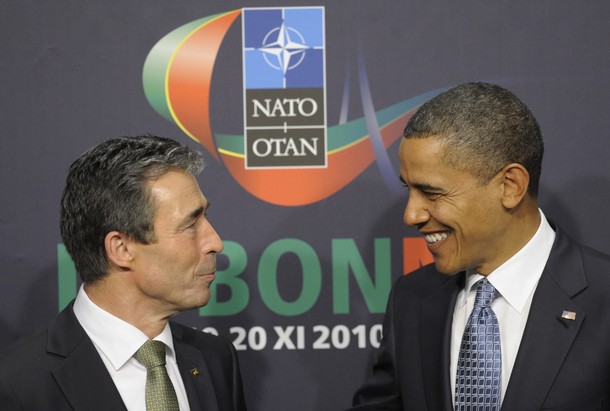 From Missy Ryan and Warren Strobel, Reuters:  The United States is seeking to accelerate fragile talks with the Taliban so it can announce serious peace negotiations at a NATO summit in May, officials say, in what would be a welcome bright spot in Western efforts to end the war in Afghanistan.

The Obama administration is hoping it can declare a start to authentic political negotiations between the Afghan government and the Taliban at the May 20-21 summit in Chicago, after a year of initial, uncertain contacts with militant representatives.

It would be a needed victory for the White House and its NATO partners in Afghanistan as they struggle to contain a resilient insurgency and train a local army while at the same time moving to bring their troops home over the next three years.

But even meeting the goal of setting political talks in motion, let alone completing them, will not be easy.

U.S. diplomats must execute a series of good-faith measures, including moving Taliban detainees out of Guantanamo Bay military prison; convincing militants to drop their opposition to talks with an Afghan government they deem illegitimate; and navigating political opposition at home months before a November election that President Barack Obama hopes will give him a second term.

The administration had tried to pull those elements together before a global summit in Bonn, Germany in December.

A senior U.S. official, while not disputing that some in the Obama administration want the peace talks announced by the Chicago summit, cautioned that Afghan reconciliation is not formally on the agenda.

NATO leaders will focus on how and when to shift the military mission in Afghanistan to an advise-and-train effort, giving Afghan security forces the lead in combat missions. . . .

Several news organizations reported over the weekend that the Pentagon was moving to shift its Afghan focus to special operations. While most Western combat troops are due to leave by the end of 2014, the United States hopes to keep a small force focused on counterterrorism and training there beyond then.

One U.S. official said that while no decisions have been made, one plan under consideration would shift conventional forces to a new special operations command that would be headed by a two-star general. That general would report to the overall commander of U.S. and NATO troops.  (photo: Getty)