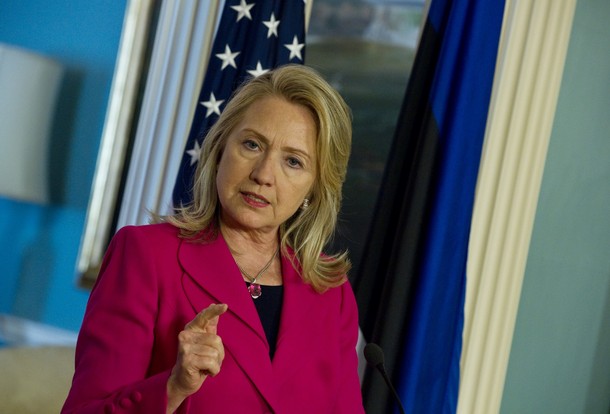 From Doyle McManus, the Los Angeles Times:  At a meeting in Istanbul last week, Secretary of State Hillary Clinton announced an escalation of U.S. aid to the opposition. In public, she pointed to a doubling of medical and other humanitarian aid, plus the provision of communication equipment. Less publicly, officials confirmed that the new package also includes "non-lethal" help that will go to the Free Syrian Army, the newly formed opposition armed forces, including night-vision goggles and U.S. intelligence information such as early warnings of Syrian troop movements.

And while the United States has decided not to provide weapons to the rebels, it isn’t objecting to military funding or arms shipments from Saudi Arabia, Qatar and other Arab states that would like to see Assad fall. . . .

If the pace of the killing slows, that could buy time: time for economic sanctions to undermine the regime, time to cajole Russia to switch sides and help pull the rug out from Assad, but also time for the opposition and its new army to organize themselves into a more effective force.

If those measures fail to bring Assad down, the administration appears divided on how quickly to move toward military intervention. The Pentagon is reluctant to get involved in another war, as the Pentagon usually is. Obama’s national security adviser, Tom Donilon, has also weighed in against any post-Libya temptation to "militarize" another problem. Clinton’s State Department has sounded the most hawkish notes — in part, perhaps, because it’s Clinton who has delivered most of the administration’s public declarations that Assad must go.

But even the administration’s humanitarian hawks don’t think the moment for U.S. or NATO military intervention has arrived yet.

They’d like the U.N. Security Council to give its blessing first, or — if Russia and China continue to resist — at least NATO. They’d like the Syrian opposition to be better organized, with more assurance that military aid wouldn’t fall into the hands of radical Islamists. They’d like Turkey to establish safe havens for the opposition along its border with Syria.

Eventually, though, the question of military intervention will change from if to when. The United States is already a little bit pregnant — already committed to helping Assad fall. It’s merely looking for the least violent, lowest cost way to get there.  (photo: Getty)