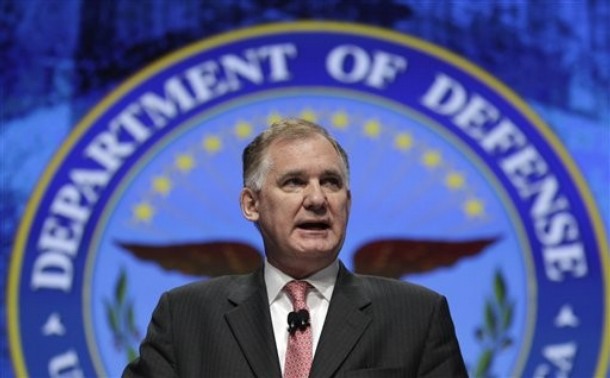 From John D. Banusiewicz, American Forces Press Service:  In cyberspace, the more attack signatures you can see, and the more intrusions you can trace, the better your defense will be,” he [Deputy Defense Secretary William J. Lynn III] explained. “In this way, the Cold War construct of shared warning has applications to cyberspace today. Just as our air and space defenses are linked with those of our allies to provide warning of airborne and missile attacks, so too can we cooperatively monitor our computer networks for cyber intrusions.”

The Defense Department has worked with NATO nations and other partners to strengthen cyber engagements, Lynn said.

“For the Department of Defense,” he added, “the international strategy provides a framework for our contribution to an effort that has many facets, from Internet freedom and e-commerce to cybercrime law enforcement and international norms of behavior.

“Ultimately,” he continued, “this strategy will help us build a coalition of nations whose mutual interest in securing cyberspace will ensure the benefits we derive from it flow uninterrupted.”

A consensus for action on cybersecurity is emerging in Europe, Lynn said.

“NATO is unanimous in acknowledging the need to elevate its treatment of network security,” he said. “The new strategic concept names cybersecurity as a leading priority for NATO in the 21st century.” In addition, he said, NATO made a high-level commitment to cybersecurity when the heads of state and government of its member nations met in Lisbon, Portugal, last year.

As a result, Lynn said, NATO has undertaken efforts to better defend its networks.

“The commitment to take NATO’s Cyber Incident Response Center to full operating capability by 2012 is a significant step in the right direction,” he said, adding that the alliance’s defense ministers approved final cyber security policy guidance when they met last week.

“And a joint cyber exercise slated for later this year will help establish how our computer incident response centers can work in partnership with the EU’s new cyber security unit,” he added.  (photo: AP)