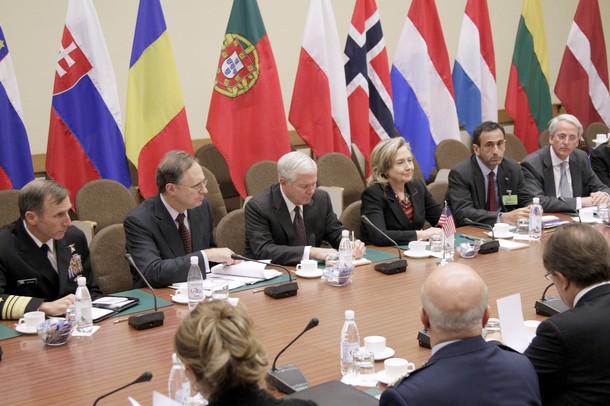 From the Financial Times:   The US and Turkey are trying to stave off a clash at next month’s Nato summit after a year in which Ankara’s traditional ties to the west were strained.

At issue is Turkey’s reluctance to endorse Nato-wide missile defence plans, as well as its objections to language in the alliance’s new guiding “strategic concept. …”

The two sides are stepping up senior level contacts to pre-empt any damaging clash at the summit. Some officials in Washington express hope that Turkey will accede to missile defence and avoid further deterioration in the two countries’ ties. But they also acknowledge the outcome is far from certain and the dispute unresolved. …

But Washington has to meet other Turkish objections – including calls for the system to protect all Turkey’s territory and resistance to sharing intelligence with Israel.

While there are other options for the radar base – including Bulgaria or Romania – because of the alliance’s system of consensus, the US needs Turkey’s approval for missile defence protection of European territories to become a formal part of Nato’s mission.

Officials say Turkey also objects to language about the European Union and reforms to Nato’s command structure, and insists that Nato strategy does not describe Iran and Syria as threats.  (photo: Getty)