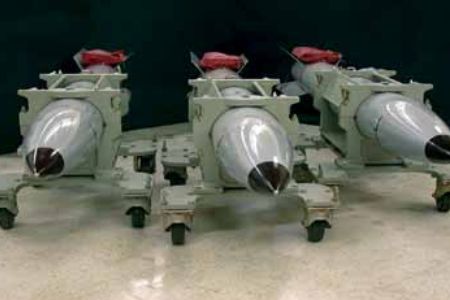 From Rose Gottemoeller, U.S. Department of State:  Addressing non-strategic nuclear weapons will require close coordination with our NATO allies as the alliance reviews its overall deterrence and defense posture, including NATO’s nuclear posture. That’s why following the ceremony in Munich for the exchange of Instruments of Ratification of the New START Treaty, I traveled to Central and Eastern Europe, to visit Ukraine, all three Baltic States, and Poland.

I wanted to brief our allies and partners on implementation of New START and begin a discussion of next steps particularly in regards to further reductions in strategic weapons and prospects for reductions in non-strategic or tactical weapons. What I heard from our allies was the high priority they place on NATO’s security guarantees, and their support for the negotiation of further mutual reductions. This is reflected in NATO’s new Strategic Concept, which commits Allies to seeking to create the conditions for future negotiated reductions, while stressing that NATO will remain a nuclear alliance as long as nuclear weapons exist.