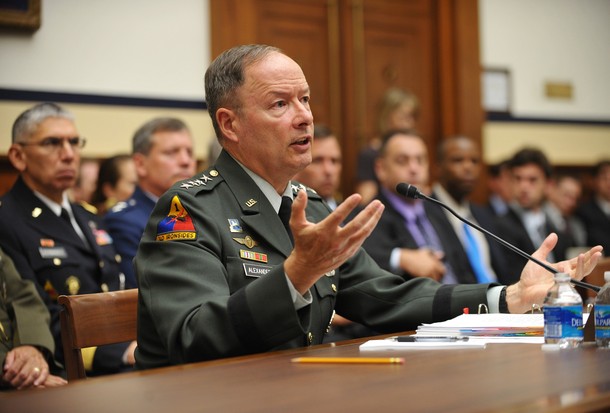 From the BBC:  The US says government systems are attacked millions of times a day. …

Gen. [Keith] Alexander, head of the US Defence Department’s Cyber Command, told a Congressional Committee that he would mark as a "C" the military’s ability to protect Pentagon networks, although he acknowledged improvements in recent years.

"We are finding that we do not have the capacity to do everything we need to accomplish. To put it bluntly, we are very thin, and a crisis would quickly stress our cyber forces," he said.

"We cannot afford to allow cyberspace to be a sanctuary where real and potential adversaries can marshal forces and capabilities to use against us and our allies. This is not a hypothetical danger."  (photo: Getty)