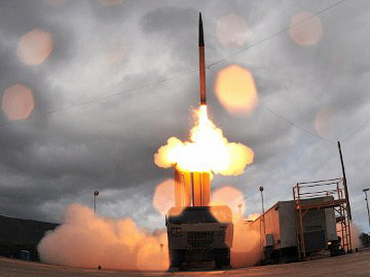 From Jim Wolf, Reuters:  The Obama administration is leaving open the possibility of giving Moscow certain secret data on U.S. interceptor missiles due to help protect Europe from any Iranian missile strike.

A deal is being sought by Washington that could include classified data exchange because it is in the U.S. interest to enlist Russia and its radar stations in the missile-defense effort, a Pentagon spokeswoman said Tuesday in written replies to Reuters.

No decision has been made yet on whether the United States would offer data about the interceptors’ "velocity at burnout," or VBO, said Air Force Lieutenant Colonel April Cunningham, the spokeswoman, but it is not being ruled out.

VBO is at the heart of what Russia wants as the price for its cooperation, said Riki Ellison, head of the private Missile Defense Advocacy Alliance, who has close ties to missile defense and military officials.

VBO tells how fast an interceptor is going when its rocket-booster motor fuel is spent and the motor burns out.

With VBO and certain other technical data, Moscow could more readily develop countermeasures and strategies to defeat the system and transfer the information to others, Ellison said. . . .

Republican Rep. Mike Turner, chairman of the House of Representatives’ Armed Services subcommittee on strategic forces, faulted the administration for what he described as "caving" to Russian concerns at the expense of U.S. interests.

"That is why it is important Congress insist on protecting our classified missile defense information, and our right to deploy missile defenses without concern for Russia’s posturing," he said in a statement Tuesday to Reuters.   (photo: Misssile Defense Agency/RT)