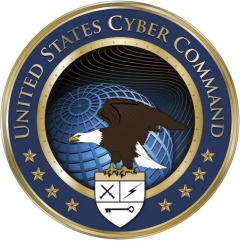 From Lolita C. Baldor, the AP:  Spending on two of the Pentagon’s top priorities, cybersecurity and special operations forces, would largely remain flat or dip slightly in 2013 under the Defense Department’s budget proposal, as officials beef up personnel and research but find savings elsewhere. . . .

Spending on cybersecurity programs, which includes the military’s new Cyber Command, will be close to $3.4 billion, roughly what it was last year. And funding for special operations forces will slip by about $100 million, to $10.4 billion.

"We are in the 21st century and we have to use 21st century capabilities," Defense Secretary Leon Panetta told senators this week. "That’s the reason this budget invests in space, in cyberspace, in long-range precision strike, and in the continued growth of special operations forces to ensure that we can still confront and defeat multiple adversaries even with the force structure reductions. . . ."

Meanwhile, there will be added funding for U.S. Cyber Command, which is based at Fort Meade, Md., largely for operations and research into how the military should respond to the persistent cyberattacks and probes of its networks. . . .

The Cyber Command budget includes money for both defensive and offensive operations, but officials have never disclosed how much the U.S. spends on classified and offensive computer-based operations. . . .

"We are making increased investments there of $3.4 billion and even more in the out years because we think cyber is extremely important," said Panetta, adding that the threats are growing every day and have the capability to "basically paralyze the country."  (graphic: Stars and Stripes)