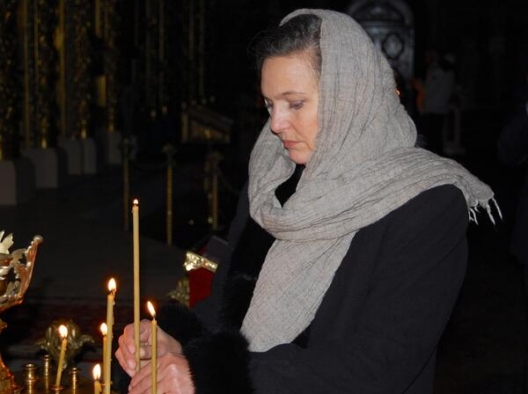 From Anne Gearan, Washington Post:  The top U.S. diplomat for Europe apologized Thursday for comments about the European Union that were — to put it lightly — undiplomatic.

“F— the E.U.,” Assistant Secretary of State for European and Eurasian Affairs Victoria Nuland said in a private telephone call that was intercepted and leaked online.

In the call, Nuland, a former U.S. ambassador to NATO and State Department spokeswoman, was dismissively referring to slow-moving European efforts to address political paralysis and a looming fiscal crisis in Ukraine. But it was the blunt nature of her remarks, rather than U.S. diplomatic calculations, that seemed exceptional.

Nuland also assessed the political skills of Ukrainian opposition figures with unusual candor and, along with the U.S. ambassador to Ukraine, Geoffrey Pyatt, debated strategy for their cause, laying bare a deep degree of U.S. involvement in affairs that Washington officially says are Ukraine’s to resolve.

State Department spokeswoman Jen Psaki acknowledged that the recording was authentic and said Nuland had apologized to E.U. officials. But U.S. officials were also quick to point the finger at Russia, which has bristled at U.S. involvement in Ukraine.

The recording “was first noted and tweeted out by the Russian government. I think it says something about Russia’s role,” White House press secretary Jay Carney told reporters.

The recording surfaced on YouTube on Thursday, just as Nuland arrived in Ukraine for talks. It was also widely viewed on a Russian-language Web site, where it appeared online along with a photo montage of Nuland, Pyatt, and opposition figures. The Russian caption reads, “Puppets of the Maidan,” the colloquial name for Kiev’s Independence Square.

Illicitly recorded material is a staple of politics in former Soviet republics, where it’s known by its Russian name “kompromat,” meaning “compromising materials.”

From U.S. Department of State:  QUESTION: And so before we get into the actual substance of this conversation, this call that was recorded and released, can you say whether you – if this call is an authentic recording of an authentic conversation between Assistant Secretary Nuland and Ambassador Pyatt?

MS. PSAKI: That’s not an accusation I’m making. I’m just not going to confirm the specifics of it. . . .

QUESTION: — now, once we get into it. Quite apart from the colorful language that is used in reference to the European Union, the conversation appears to – well, doesn’t appear to suggest, it does – the conversation shows that the United States certainly has – or at least officials within the U.S. Government have certain opinions about certain Ukrainian opposition leaders and others. And I’m wondering how that squares with your repeated insistence that every – all of this is up to the Ukrainians to decide themselves.

MS. PSAKI: It’s not inconsistent in the least bit. It is no secret that Ambassador Pyatt and Assistant Secretary Nuland have been working with the Government of Ukraine, with the opposition, with business and civil society leaders to support their efforts, and it shouldn’t be a surprise that at any point, there have been discussions about recent events and offers and what is happening on the ground. And as you know, Assistant Secretary Nuland is on the ground right now continuing our efforts in that regard.

It remains the case that it is up to the Ukrainian people themselves to decide their future. It is up to them to determine their path forward, and that’s a consistent message that we’re conveying publicly and privately. . . .

QUESTION: As related to Assistant Secretary Nuland’s comments about the European Union, do – are the United States and the EU on the same page on what to deal – how to deal with the situation in Ukraine and how best to resolve the crisis?

MS. PSAKI: Well, let me first say, obviously, we work incredibly closely with the EU and with representatives of the EU, and Assistant Secretary Nuland certainly does as it relates to Ukraine. And she’s been in close contact with EU High Representative Ashton. Also, let me convey that she has been in contact with her EU counterparts, and of course, has apologized. But —

QUESTION: What did she apologize for?

MS. PSAKI: For these reported comments, of course.