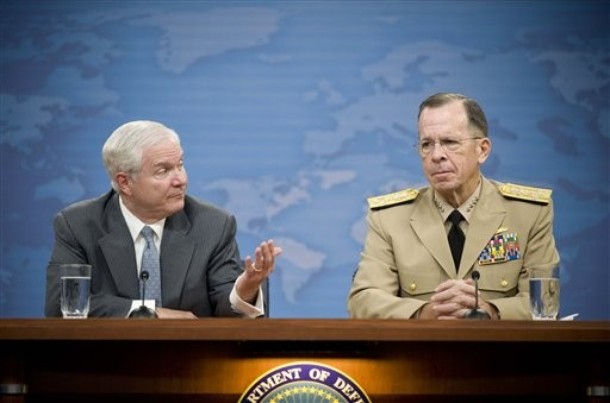 From Dan De Luce, AFP:  Despite growing clamor against the war in Afghanistan, Defense Secretary Robert Gates said Sunday large numbers of US troops will remain after a "limited" July 2011 drawdown.

Despite mounting casualties and public doubts, Gates said the US-led force was making headway in the war and Taliban insurgents would not be able to wait out American forces — as a major troop withdrawal was not on the horizon.

"I think we need to re-emphasize the message that we are not leaving Afghanistan in July of 2011," said Gates, referring to a deadline set by President Barack Obama for the start of a withdrawal.

"My personal opinion is that drawdowns early on will be of fairly limited numbers," he told ABC’s "This Week."

"And as we are successful, we’ll probably accelerate. …"

His comments echoed recent remarks by Vice President Joe Biden, who said that as few as 2,000 troops might withdraw after the July 2011 deadline.

But the top Democrat in the House of Representatives, Speaker Nancy Pelosi, took a different view of the drawdown, saying Americans wanted to see a more significant troop withdrawal.

"Well, I hope it is more than that," Pelosi told ABC, referring to the 2,000 number offered by Biden. "I know it’s not going to be turn out the lights and let’s all go home on one day."

Obama’s fellow Democrats in Congress are increasingly anxious about the US role in Afghanistan, with 102 members recently breaking ranks and voting against funding for the nearly nine-year-old war.  (photo: AP)