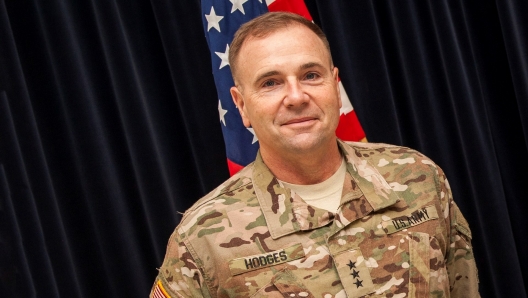 The commander of U.S. troops in Europe has dismissed claims by Russia that it is staying out of the Ukraine conflict, speaking of “clear and irrefutable evidence” to the contrary.

Lt. Gen. Ben Hodges spoke of both direct and indirect military help by Moscow to Russian separatists, in comments released Wednesday from a briefing to a closed session of the Organization for Security and Cooperation in Europe.

“Russia is actively and massively fueling this conflict,” he declared during the briefing Tuesday….

Hodges also disputed Russian claims that Moscow had no boots on the ground in Ukraine. “Russian soldiers are active parts of the fighting force,” he said. “These are not volunteers or mercenaries; they are trained, equipped, and uniformed active duty Russian soldiers.”