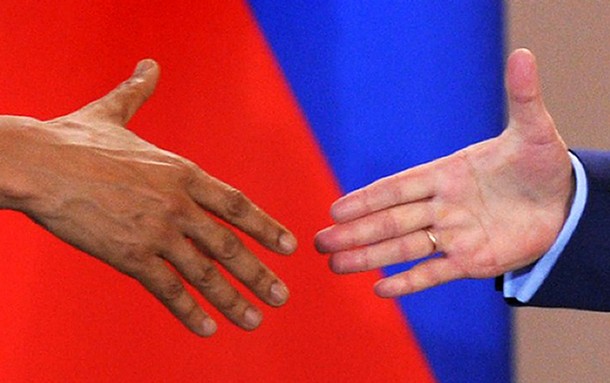 From David Sanger and Andrew Kramer, the New York Times:  The White House praised Russia’s president, Dmitri A. Medvedev, on Wednesday for publicly barring the shipment of an advanced antimissile system to Iran, even as American diplomats here discussed a plan to reopen negotiations with Tehran over its nuclear program. …

Mr. Medvedev’s announcement confirmed in public what Russian officials had quietly told American and French officials in June: that he would interpret the United Nations sanctions against Iran as mandating that Russia should permanently halt delivery of S-300 missiles, which Tehran wanted to build as a deterrent to airstrikes against its nuclear facilities. The declaration by Mr. Medvedev ended equivocation by Russian officials about whether the sophisticated advanced air defense system would fall under the sanctions ban.

Iran declared several months ago that it would build an equivalent system of its own, but obtaining the components, the guidance systems and the expertise would be a challenge, especially with the ban on high-technology imports to the country.

The White House, eager to demonstrate cooperation with Russia at a moment when the Senate is debating ratification of the new strategic arms reduction treaty, said in a statement that Mr. Medvedev “has demonstrated leadership on holding Iran accountable to its international obligations from start to finish.” It added, “This continues to demonstrate how Russia and the United States are cooperating closely on behalf of our mutual interests, and global security.”

Mr. Medvedev’s decree ended an internal debate in Russia, pitting supporters of sanctions against those trying to bolster economic relations with Iran, and about whether the Security Council sanctions included the air defense missiles. Russian news media had reported that the contract was worth $800 million.  (photo: Getty)