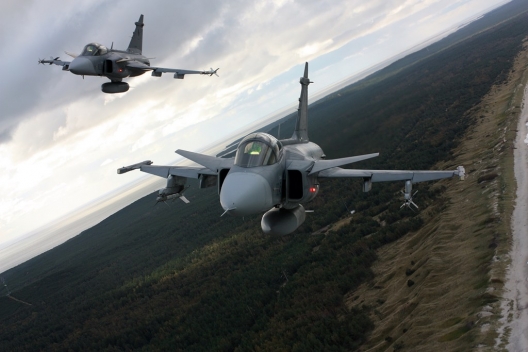 “As unrest has escalated in the near vicinity of the Baltic States, NATO has augmented the Baltic Air Policing mission with additional warplanes to be ensuring our security even stronger. That is why this BRTE is not only an evident proof of Alliance solidarity and commitments but also an opportunity for Lithuanian military to refurbish their knowledge and interoperability with allies and partners,” Minister of National Defence Juozas Olekas says.

The training event will include low-altitude flights in Palanga and Vilnius airports in order to improve the corresponding procedures and to train cooperation with civilian airports.

Usually, three BRTEs are organised every year. The first and the third BRTEs of the same year cover coordination of the actions between the participating contingents and air capabilities of NATO allies and partners. The second training event is dedicated to honing air-land communications procedures.

BRTEs demonstrate NATO commitments to collective defence, Alliance solidarity and confidence. Also, it is an opportunity for NATO member states to work and train side by side.  (via Amb. Eitvydas Bajarunas)