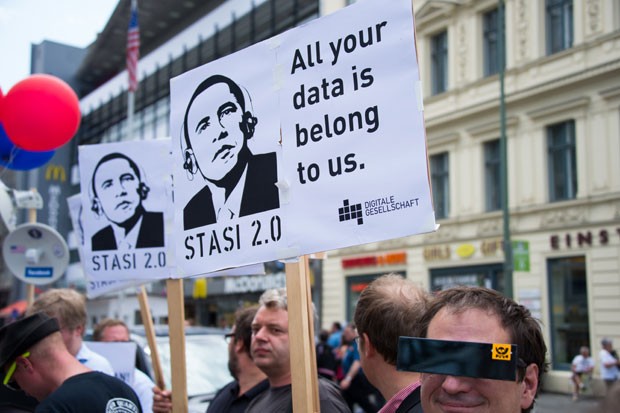 From Editors of Washington Post:  By Der Spiegel’s own account, E.U. officials discovered the NSA wiretap in Brussels five years ago. As for Euro-griping about U.S. surveillance of broader telecommunications traffic, much of it emanated from Ms. Merkel’s political opponents, in Germany and elsewhere, who saw it as an opportunity to weaken her drive for reelection in September. Those complaints lost force with the revelation in Le Monde on Thursday that French intelligence stores masses of telephone and Internet metadata, just as the NSA does.

Amid this opportunism, there is nevertheless a kernel of genuine concern. Much of what the NSA is accused of doing is unlawful in Germany; it would be surprising if citizens in that country did not demand a response from their government. Many Americans were unhappy to learn that their own government was gathering telephone metadata on a wholesale basis, even after Mr. Obama cited his legal authority to do it. Why should we expect Europeans to accept such surveillance when it is conducted by a foreign state without any legal cover at all?

Properly understood, Europe’s cries of outrage are cries for help. Leaders such as Ms. Merkel of Germany want to pursue common interests with the United States — the trade deal especially but also the fight against terrorism. It will be hard for them to do that unless the United States offers more than lip service in response to legitimate public concerns about its intelligence activities. (photo: Johannes Eisele/Getty)