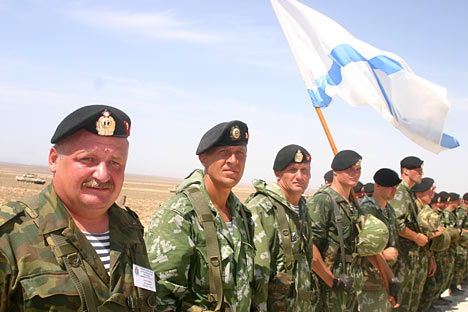 Moscow has sent a ship carrying a small contingent of combat forces to guard Russia’s deep-water port and military base at the Syrian city of Tartus, the US officials said. . . .

It comes after the conflict was declared by France on Wednesday to be a full-blown civil war.

The head of the U.N. observers in Syria said Friday a recent spike in bloodshed is derailing the mission to monitor and defuse more than a year of violence and could prompt the unarmed force to pull out.

"Violence over the past 10 days has been intensifying willingly by the both parties, with losses on both sides and significant risks to our observers," Maj. Gen. Robert Mood told reporters in Damascus. "The escalating violence is now limiting our ability to observe, verify, report as well as assist in local dialogue and stability projects."

Tartus is one of Russia’s most strategically-important assets, giving it military access to the Mediterranean Sea.