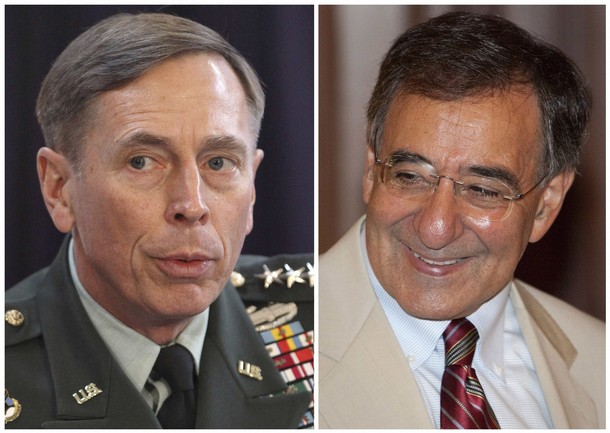 From Anne Gearan and Kimberly Dozier, the AP:  President Barack Obama plans to name CIA Director Leon Panetta as the next secretary of defense and move Gen. David Petraeus, now running the war in Afghanistan, into the CIA chief’s job in a major shuffle of the nation’s national security leadership, administration and other sources said Wednesday.

All sources spoke on condition of anonymity because the changes haven’t been announced by the president.

The changes would probably take effect this summer. Defense Secretary Robert Gates has already said he will leave this year, and the White House wants to schedule Senate confirmation hearings in the coming months.

The officials say Obama is expected to also announce that Lt. Gen. John Allen would replace Petraeus as Afghanistan commander, and that diplomat Ryan Crocker will be the next U.S. ambassador in Afghanistan.

The changes are expected to be announced Thursday at the White House. A former U.S. official said all four candidates would stand together with Obama for the announcement.  (photo: Reuters)