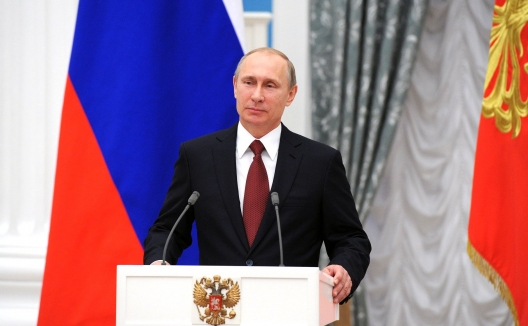 American officials briefed on intelligence from the region say Russia has significantly deepened its command and control of the militants in eastern Ukraine in recent months, leading the U.S. to quietly introduce a new term: “combined Russian-separatist forces.” The State Department used the expression three times in a single statement last week, lambasting Moscow and the insurgents for a series of cease-fire violations in Ukraine.

The shift in U.S. perceptions could have wide-ranging ramifications, even if the Obama administration has cited close linkages between the pro-Russian separatists and Putin’s government in Moscow since violence flared up in Ukraine a year ago.

By describing them as an integrated force in the east of the country, the U.S. is putting greater responsibility on Russia for the continued fighting. That will make it harder for Russia to persuade the U.S. and Europe to scale back sanctions that are hurting its economy, and for Washington and Moscow to partner on unrelated matters from nuclear nonproliferation to counterterrorism.

U.S. intelligence agencies signed off on the new language last week, after what officials outlined as increasing evidence of the Russians and separatists working together, training together and operating under a joint command structure that ultimately answers to Russia. The officials weren’t authorized to be quoted by name and demanded anonymity.

Some of that evidence was presented in a statement released by State Department spokeswoman Marie Harf on April 22 after Secretary of State John Kerry raised his concerns by telephone with Russian Foreign Minister Sergey Lavrov.

Image: Russian President Vladimir Putin, May 1, 2015 (photo: Office of the President of Russia)