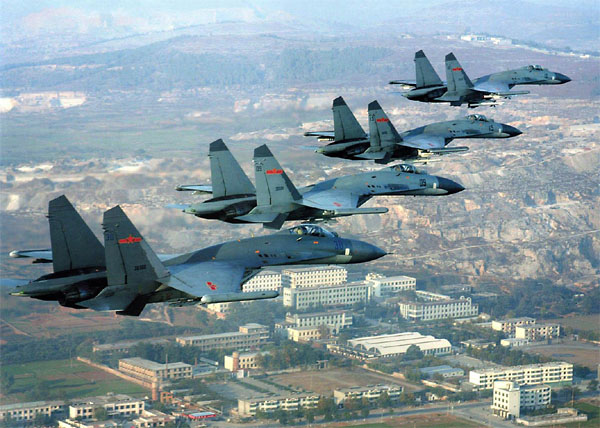 From Zaman:  Turkish and Chinese militaries recently conducted a joint aerial exercise in central Anatolia, the first such exercise involving the air forces of NATO member Turkey and China.

The joint exercise was part of Turkey’s Anatolian Eagle maneuvers, which have so far been carried out jointly with US, other NATO countries and Israel. They took place sometime this month in the central Anatolian province of Konya, where Anatolian Eagle maneuvers traditionally take place, Today’s Zaman has learned. Turkish F-16s and Chinese SU-27s and Russian-made MIG-29s took part in the joint exercise, staging a mock dogfight in central Anatolian airspace. The exercise comes ahead of a planned visit by Chinese Prime Minister Wen Jiabao to Turkey next month, which officials say will boost relations to a new level.

From Hurriyet:  The Turkish and Chinese air forces secretly participated in a military drill in Konya as part of the “Anatolian Eagle” war games, prompting a reaction from Washington, daily Taraf reported Thursday. …

The U.S. administration reportedly contacted the Turkish foreign and defense ministries and asked why the drill was conducted and what kind of maneuvers were practiced.  (photo: Rupeenews)